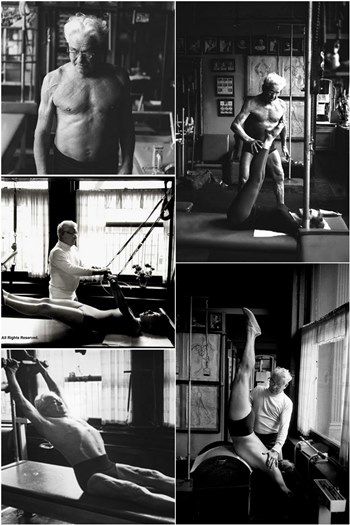 Joseph Pilates was born in Mönchengladbach, Germany, in 1883. Already at a young age he got introduced to various disciplines. His mother was a naturopath and his father was an active sportsman, what had a great influence on him.

As a child he had a weak constitution and suffered from asthma and rheumatic fever. Nonetheless, he had a strong mind which helped him recover every time. This experience combined with the background obtained from his parents, was the first step in his way to the method.

In his teens, he began studying all sorts of training programs, like boxing, yoga and Roman and Greek movement methods. In addition, he studied anatomy and was inspired by the movement and behavior of animals in nature.

All this formed the basis for the revolutionary method he would create later in life.

At the age of 14, he had developed into a strong athlete. He was an accomplished diver, skier, gymnast and mastered various martial arts. He had managed to transform his own weak body into a healthy and fit body, by means of all the knowledge he gained when studying anatomy and the different sport disciplines. This inspired him to help others achieve the same. He was convinced that the mind has a great influence on the development of posture and disease patterns. A classic Roman saying "mens sana in corpere sano" which means "a healthy mind in a healthy body", was therefore also his motto.

He left for England in 1912 to follow boxing training. He earned his money as a self-defense teacher and circus artist.

In 1914, during World War I, he and other Germans were interned in a camp in Lancaster and later transferred to the Isle of Man. The war did not affect his enthusiasm. He taught his fellow inmates wrestling and self-defense and was determined to make his students leave the camp stronger than they came in. He began to refine his method for the recovery of bedridden. He installed springs and handles on the hospital beds allowing the patient to do exercises while lying, therewith speeding up recovery. These altered hospital beds were the basis for the apparatus he later developed.

At the outbreak of the Spanish flu in 1918-1919, which claimed more victims than the war, his students remained healthy. This was remarkable, especially considering the camps were hit hardest by the poor living conditions. Pilates’ accomplishment was not left unnoticed.

When he returned to Germany after the war, he continued developing the apparatus and his method to train his patients more effectively. He trained the Hamburg Military Police, but also gave private sessions. 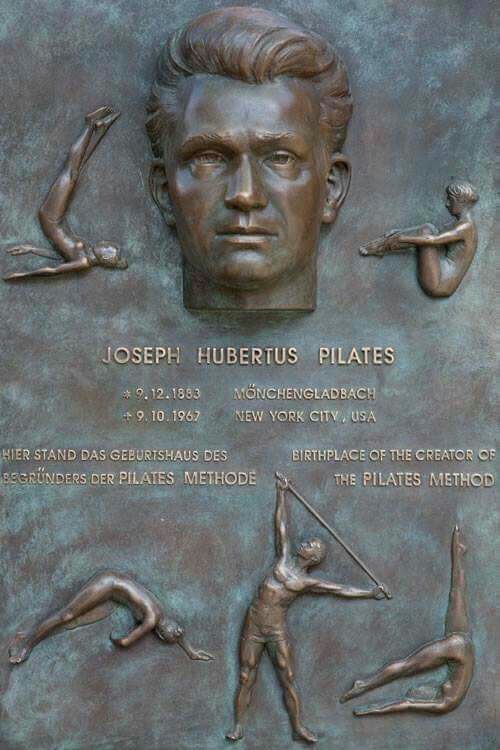 After refusing the offer to coach the German army in 1925, he fled to the United States to train his good friend Max Schmelling. A few years later Max won the world title heavyweight boxing and encouraged Joe to continue to propagate his Method.

On the boat, during his trip to New York, he met Clara, a nurse and kindergarten teacher. She suffered from arthritis and he started to train with her, which did reduce the pains. She later became his wife, and shortly after they arrived, they opened the first studio together, called "Contrology". Dancers and choreographers, including George Balanchine, Hanya Holm and Martha Graham attended training and became a fan of his method. They regularly visited the studio and were so enthusiastic about his approach that they also sent their younger ballerinas to him to become stronger. The method was also integrated into their own exercise program. As of then then Pilates could no longer be ignored in the dance world.

Both Joseph and Clara devoted the rest of their lives to refining the exercises and apparatus. Both were fit and full of energy until far in their eighties. Joseph taught until his death in 1967, he became 86 years old.

Clara remained working in their studio, now known as The Pilates Studio. Romana Kryzanowska, one of the followers of Joseph, who had already been familiar with the method for years, was asked to take over the studio. After the death of Clara she devoted her life to the continuation of Joseph and Clara's work. Meanwhile, her daughter Sari Mejia Santo leads the studio. Romana passed away on August 30, 2013.

The method, which after Joseph’s death was called Pilates, is just like yoga and karate an independent program and cannot be claimed. Joseph always envisioned the method to be a universal training program, suitable and beneficial for all body types, which supports a healthy life and mind.